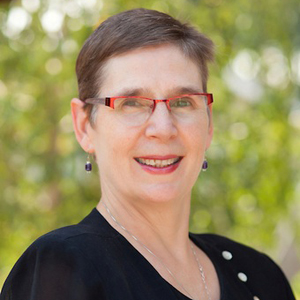 Back in the early days of my parish ministry life, I had the opportunity to preach the homily at an ecumenical Thanksgiving service in the little Vermont village where I was serving. I searched through books, looked at various notes and all those odd bits of paper that preachers of that era kept for inspiration, but I couldn’t find a message that didn’t feel trite and overdone. Somehow, an inspiration floated my way: the message would be about our ability to reach across cultural gulfs to be able to offer assistance to those who need it.

On the day of the service, I gave it all I could with the intense sincerity of a true believer. Did we not see that our capacity to reach out to each other is what saves us in the end? That the settlers, the Pilgrims surely would have died without their capacity to receive help from people who were so different? Our salvation, surely, lies in that same ability! The message of Thanksgiving wasn’t so much gratitude as it was the necessity of multi-culturalism.

Twenty-some years later, I’m a little embarrassed by the story that filled me that day. I still believe deeply in the idea that our ability to reach across the boundaries of languag e and culture is critical in modern life and that it is increasingly our salvation. But the naivete that fueled my recreation of that wholesome picture of Indian braves and tall-hatted Pilgrims sitting down to a groaning table with turkey and corn is even more tired. More importantly, it’s simply wrong.

The consequences of that story and others we’ve told over and over are being played out in North Dakota as Native Americans gather to oppose the NDPL. As many as 280 Tribes have joined that effort. Largely invisible to the descendants of the European settlers, the struggles for sovereignty, for dignity, for the ability to protect what is most sacred to them are both a daily reality and a centuries long trail of tears. Now starkly visible, many have been called to support their cause. As I write this many of my UU ministerial colleagues are heading home after a vigil and public witness on that contested land.

As we consider stories this month, we’ll take some time to look especially at the American origin story and how it has played out over time.

You each have the opportunity to contribute to that effort as you wish. Our Change for Change this month will go to support the Bismark-Mandan Unitarian Universalist Congregation who have served as a way station for pilgrims journeying to be there as well as a distribution point for needed supplies. Find more information here: http://www.faithify.org/projects/uu-presence-with-standing-rock-water-protection-nodapl/.

The stories we tell shape what we see, what we can know, what is possible. As we embark on this time of holy days and holidays that is so shaped by our stories, let us go with curiosity and care.