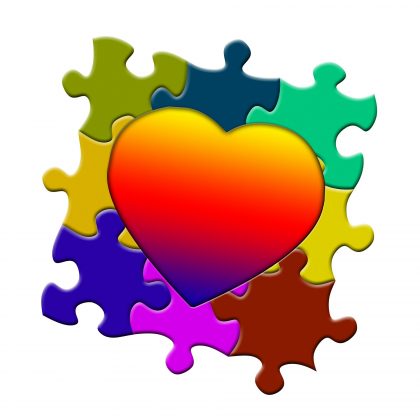 How many goodly creatures are there here!

That has such people in’t!

There is a cultural push and pull over these famous lines. Written from the perspective of the naive Miranda in Shakespeare’s The Tempest, the reality was a world of thievery and deception. But the core sentiment, that of wonder, optimism, and recognition of a recently changed or changing situation has claimed its space as well. Last year the youth service shared with us “It’s a He / She / They Thing,” revealing the brave new world of expanded gender identity that we have the opportunity to move into. Transgender / cisgender / gender queer / gender fluid / gender binary / pronoun choice – for many of us these terms are new. As the beneficiary of a hetero and cis-normative society, I am only a little over a year into considering that piece of my identity that is cisgender and the power of pronouns in shaping experience. Early on, the terms “They, Them, Theirs” as a neutral pronoun choice tripped me up. I would look around to find the other person. As I made the effort, though, it’s now as ordinary as using “he” and “she”. Using a person’s preferred pronoun usage is radically welcoming and honors that core piece of self-identity.

While this brave new world is indeed beauteous, one of inclusion and hospitality, it remains a top target for conservative politicians. Indeed, within 48 hours of being confirmed, Attorney General Sessions started the process of withdrawing support of Title IX protections for transgender students. Likewise, Washington state’s “bathroom bill”, I-1552, has been reintroduced for the 2017 legislative session. These efforts at the state and national level are designed to sanction discrimination against our transgender children and youth. You may be wondering how we can continue to support our transgender children and youth. First and foremost, let’s continue to take their lead in broadening our understanding of gender. We’ve recently included several resources on our website under An LGBTQ Welcoming Congregation that covers Basic Definitions About Gender Identity and an LGBTQ Resources page. You may also want to watch the recently released “Gender Revolution: A Journey with Katie Couric  | National Geographic” on YouTube. The documentary is a thorough introduction to the changing understanding of gender and can be a useful resource when talking with others about this topic. And I am always open to any discussions or questions you want to have around gender identity or if you would like additional resources!